This article will guide you how to install and setup Tailwindcss in your project with production ready minimal size of the final build.

Before we start to install and setup tailwindcss in a project, make sure you have installed Nodejs version 12.13.0 or higher.

After installation you can create two directories like src where you can put your pre distribution files and dist to have the final build files.

Now create a style.css file in src directory and paste this inside.

In the root of the project you will have package.json, open it and change the following line:

I have created sub directories inside dist to organize the project.

Now back to the terminal to build tailwindcss with npm.

At this point you will have a style.css file in dist/assets/css/ which you can include in your project head section for example:

Note that href does not start with dist as the build files are already in dist directory.

But the catch here is the file is huge, more than 3MB and that’s not what we want.

In the project root directory create a file tailwind.config.js and paste this inside:

This block {php,html} in the code means to look for the tailwindcss components in php and html files. You can include others according to your need.

Now whatever classes/components you have used in your project files, the final file will only have that and size will be small. 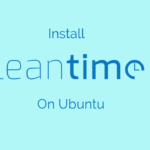